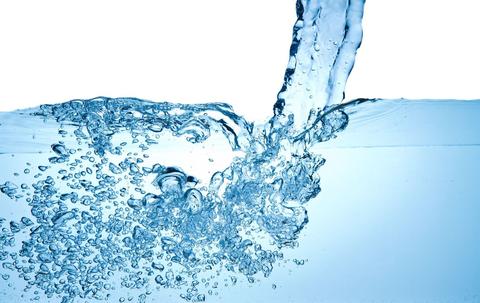 Whilst in California a random 5 minute water-cooler type conversation with my friend J Nichols turned to the topic of live-streaming. J was mid way through running an online bookclub where each day he would read a small section from his book Blue Mind to encourage discussion via the Facebook comment thread throughout.

Super-interesting… eh? Think about it! The same content… but at a later time… creating a different emotional response… We wondered… what is going on?

Firstly I love the watery tone of the term live streaming – the idea of something being alive and fluid / changeable… where anything could happen and through watching you have some kind of shared experience of it at a shared point in time.  The stream aspect also suggests that the experience is passing through time and space much like the water in a river.

So what happens when the analogue experience is stored as digital data? Something changes that is for sure. Yes I know the whole transmission is digital since in this case we are using social media as the example conduit… but let us consider the pivotal role of “collective-consciousness”.

Many of us live stream the occasional sunrise or sunset or walks on the beach – it is amazing how many people make a point to check in to share that moment with us… and as a result the sense of connection this creates. If asked many of them would not go back and watch the video later… the moment would have passed and as a result their experience would be a lot different. There is something compelling about the idea… “this is happening right now!”

Think about those sports fans you know who record the game if they cannot watch it at a set time and then go back and watch it later. Their experience can be powerful, but often something is missing.

Here is where I got to so far with it (at the point of writing this – more thoughts will have emerged since) please add your wisdom in the comment field… (of course a live stream discussion would, no doubt, be more powerful J):

It seems to me, once a live-stream ends and there is a lack of immediacy – our potential for spontaneous impromptu response sharing shifts… With this the experience becomes even less REAL and the flow of emergent wisdom is slowed through editing and self-censorship… Our sense of community and the resonance of knowing others are with you (virtually within the moment) has gone and rather than being part of a shared moment – we become a lone commentator.

Once a moment has passed, whether we wish to or not… we lack the ability to have been an active participant within it… Not that we vastly influence the examples used ie a sunset or a sports game… That said I once experienced two guys convinced their team won the super-bowl due to them turning their baseball hats a quarter turn to the right at a pivotal point in the match that we were “watching” in the UK via telephone SMS text message… the virtual media of the 90s… but I digress….

Once a live stream ends, the recording becomes more like a static facsimile than the transient reality that was captured. We are to some extent a dissociated observer or bystander. It doesn’t of course mean that comments made later are irrelevant… they are simply not “in and of the moment” … and we all know that.

Social media is social to some extent… it absolutely has its place… but true “social interaction” occurs concurrently… and live streaming is one step closer to allowing us to use social media to create collective experiences.

Social interactions are perfectly imperfect and unedited. Nobody expects a live stream to be exceptionally choreographed… adding a raw honesty to the experience… like going to a music gig versus listening to a CD… In social interactions (even via digital media) we show up with the intention of participating in some way. We bring our energy to the table in some capacity whether that is through simply listening, letting others know we are there and they have our support… or perhaps through asking questions, sharing our views etc… we are expecting emergent interaction and we co-own the outcome.

So my point… Other than inviting you to live stream more rather than posting videos… it is quite fun!

But my real point…